My history buddy, Susan with the Friends of the Ballard Locks, sent out an email reminding me that November 27th this year, besides being the biggest shopping day, is also designated as the “National Day of Listening” sponsored by the Story Corps. The object of the National Day of Listening is to encourage you to take an hour and record the memories of a relative or friend. They tell you how to go about recording it or just taking notes and if you like, submit it to Story Corps. If you have never checked out the Story Corps website or listened to one of their broadcasts on NPR, then I highly encourage you to do so. I believe that everyone has an interesting story to tell, if you just ask the right questions.

I have some experience with this. In 2007, I took the opportunity to interview my dad. He’s a Korean War veteran with the 187th Airborne and I wanted to record his experiences in the army. Admittedly, I had to ask him three times before he would sit down with a tape recorder going, but he did it. I was motivated to get his story by an oral history class I had taken and the knowledge that we are losing so many veterans every day. There are projects all over the country to record veteran’s oral history interviews, the two most prominent being the Veteran’s History Project at the Library of Congress, and my favorite, the Veteran’s Survey Program at the Army’s Heritage and Education Center in Carlisle, PA. Long story short (too late!), I did the interviews and wrote an article about his experiences that the History Channel Magazine was gracious enough to print.


However, he had more interesting experiences with history than I, or he, realized. I don’t really remember how it came up in conversation, but I asked what it was like during the Cuban Missile Crisis in 1962 (I was only about a year and a half old at the time). He told me that he was 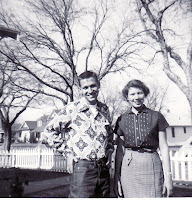 working in a grocery store in Hollywood, California at the time. Sure enough, the American public was in a panic about the possibility of a nuclear war. There was a run on the grocery store with people buying up everything they could to stock up for the apocalypse they thought was on the way. Dad told me he had to stay at the store for 4 nights stocking the shelves as quickly as they could unload the trucks. Moreover, the punch line was that after the crisis was over, many people tried to return all of the groceries they had bought!

My dad didn’t think that story was very historically significant. However, all I had ever read about the crisis was the political side and the military side. There might have been a mention of a terrified public, but my dad’s story put a face on that aspect of the event. It made it real.

Therefore, during the holidays, when you have your extended family around the house, and the meal is over and everyone is sitting around talking. Take the time to ask the questions. And listen.
Posted by Jim Broumley at November 25, 2009 No comments:

The "Fall of the Wall." Has it really been twenty years?! 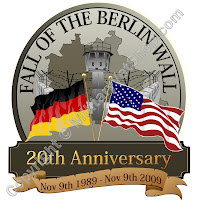 Along with Veteran’s Day, November brings another day of remembrance with a great deal of significance to Cold War Veterans. November 9th marks the twentieth anniversary of the fall of the Berlin Wall. While many remember the Berlin Wall from popular media, few non-veterans realize that the “iron curtain” was also represented by the inner German border that separated East from West Germany and West Germany from Czechoslovakia. Few who did not serve in Europe understood the threat that was posed by Warsaw Pact forces and the number of troops we maintained in West Germany for decades.

I remember that day in 1989. I watched on television with amazement at the people crawling all over the wall. I had returned to the United States exactly one year prior to that date after spending a three-year tour in Fulda, Germany patrolling the East German border with the 11th Armored Cavalry Regiment. When I left the Blackhorse in 1988 there were no indications that only one year later the Wall (or the 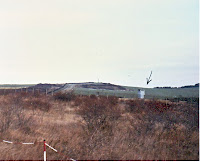 "Fence" as we called it) would come down and the two Germanys would reunify only one year after that. For me, and the army, the “Fall of the Wall” changed our mindset forever and ushered in a new post Cold War era.
While what would become NATO forces had faced off with Soviet armies since the close of World War II, the border fence and the Berlin Wall was not constructed until 1961. Before its construction, approximately 3.5 million East Germans had fled to the West. Approximately 5000 people tried to escape the East during its existence. Estimates of those killed vary widely between 98 and 200. I know from my own experience that between 30 to 50 people each year would escape across the border in our sector

during the years I was serving with the 11th ACR.
In November of 1989, after only a few weeks of unrest in East Germany, the government announced that it would ease travel restrictions to the West. When asked at a news conference on the morning of November 9th when that law would take effect, a government official said that he assumed immediately. Spontaneously, thousands of East and West German citizens crossed the border and climbed on the wall, and activity that would have gotten them shot only hours before. A mass celebration erupted that quickly ushered in the reunification of the two Germanys and the dissolving of the Soviet Union and the Warsaw Pact. 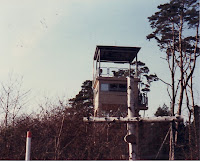 Now those Cold War days are all but forgotten. However, those times changed a lot of us. Everyone who served from WWII through the 1990s had a part in winning the Cold War and defeating the Soviet Block. To honor that service, I asked Sheila to create a graphic commemorating the date for our store Military Vet Shop. There is a generic version as well as a patch version that is currently made with 11th ACR and 2nd ACR patches. If you’d like your unit patch placed on that design, just let us know. Remember the day.