And our trip to Sol Duc Falls...

Saturday, September 29, 2012 was National Public Lands Day. In honor of that day, access to many State and National Parks, as well as other federal lands was free. When I heard about that, I thought it would be a nice "date day" to take Sheila up to Sol Duc Falls in Olympic National Park. Of course we had fun and enjoyed remembering the other times we'd visited (it took us a while to piece together that we had first visited sometime around 1995, then took relatives there again in 2005, and 2009). This morning, being the geek that I am, I thought about our day trip yesterday and then decided to do a little checking up on what National Public Lands Day was all about and the history of Olympic National Park and the Sol Duc area.  Here's what I found out:

National Public Lands Day (NPLD) is an annual event whose purpose is to educate Americans about the environment, our natural resources, and our responsibilities as stewards of those resources. Participating agencies and organizations plan educational events and volunteer projects to enhance the use of publicly held lands. The first NPLD was in 1994 with three sites and 700 volunteers participating. That initial success created an annual event. Last year, more than 170,000 volunteers worked at 2,067 sites across the United States. According to the NPLD website, here's some of what those volunteers accomplished:

This year eight federal agencies as well as those at the local, regional, and state level participated, making the NPLD the nation's largest single day volunteer event for public lands. To my chagrin, I did not know any of this when I set out on Saturday morning. Next year, rather than just enjoying a free day in a National Park, I promised myself I would volunteer.

If you've never been, go. I think that Olympic National Park is one of the most beautiful places on earth. That's why between bouts of wanderlust, Sheila and I have lived in the Puget Sound three different times in our lives. Olympic National Park is 632,000 acres of preserved wilderness. This park includes alpine meadows, glacier topped mountains, temperate rain forest, and about 63 miles of wild northern coastline.

Americans came to the Olympic Peninsula beginning in the 1850s, attracted by the natural resources available here, meaning land, lumber, and fish. The first step in protecting the area that would become the National Park was in 1897 when President Grover Cleveland designated portions of the peninsula as the Olympic Forest Reserve. FDR signed the Act that created Olympic National Park in 1938. In 1976 the United Nations Educational, Scientific and Cultural Organization (UNESCO) designated Olympic part of an international system of Biosphere Reserves. For more in-depth history of the park, check out this pdf from the NPS.

On the north side of Olympic National Park is the Sol Duc Valley, carved out of the mountains by the Sol Duc River. Along with excellent hiking opportunities, you'll find two attractions at Sol Duc: the Sol Duc Hot Springs and Sol Duc Falls. I don't know who the first European settler was to see Sol Duc Falls. However, in the very early twentieth century, large tracts of timber were purchased around what would later become  national park and national forest land. On of these "timber barons " Michael Earles, built a grand hotel at the sight of a natural mineral hot spring on the Sol Duc river. The hotel opened on May 15, 1912 and one of the obvious attractions for city folk coming to take a mineral bath was the waterfalls a short 2 to 3 mile hike up the river. Visitors have been making their way to view the falls ever since. Unfortunately, the hotel was short-lived, burning down in an accidental fire in 1916. But the reputation of the hot springs and waterfalls had already gotten out. The National Park Service eventually purchase the Sol Duc Hot Springs Resort in 1966 and made it park of the park. The trail up to the falls is an easy hike of only eight tenths of a mile. The falls are beautiful year-round, but come in the spring and early summer when the rain and snow melt make for a magnificent experience. You'll know why Native American people, the Quileute, named this river valley "Sol Duc," which means sparkling waters.

These historic images, and others, can be viewed at the Olympic Peninsula Community Museum online.

Posted by Jim Broumley at September 30, 2012 No comments:

History of the Labrador Retriever 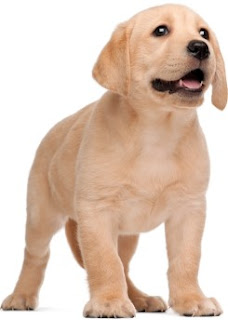 Did you know that the Labrador Retriever did not come from Labrador? Actually, the dogs originated in Newfoundland. The fishermen of the island used a type of dog they called a "St. John's" dog that would dive in the water to retrieve lost fishing gear. The dog became coveted by hunters of waterfowl and the next thing you know some well-to-do English types had taken some of the dogs to Great Britain to breed as hunting dogs. To distinguish from the larger "Newfoundland" breed of dog, the Brits started calling the St. John's dogs "Labrador dogs." Hey, both islands are in Canada, right?

As you know, my main interest is military history.  But on occasion I like to go do something different.  So for the Thinky Tees store I wrote a brief history of the Labrador Retriever. (I actually appreciated the break from an article on U.S. Navy destroyers I'm working on.) Go read the long version, it turned out to be a really fascinating story. I enjoyed learning where and how our most popular breed of dog came to be.

Along those same lines of "doin' somethin' differnt," I went back the other day and re-read a book that we used in one of my college classes. I had liked it so much in school that when I ran across it on the shelf in the local library I had to check it out and read it again. In Daily Life in the United States, 1920-1940: How Americans Lived Through the Roaring Twenties and the Great Depression author David E. Kyvig reviews the advent of incredible technologies that we take for granted today. It's a fascinated read where you'll discover when household electricity became readily available.  With it came an incredible age of technological innovation that brought to your home everything from items that ushered in social change, like the radio, to what we now consider mundane conveniences, like washing machines and vacuum cleaners. I absolutely give it five stars. ;-)
Posted by Jim Broumley at September 07, 2012 2 comments: