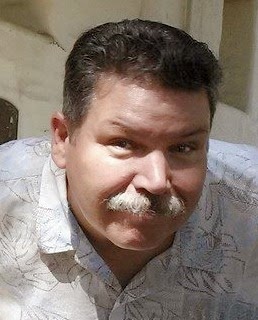 I was turned on to history as early as I can remember. My dad used to tell me stories about my relatives and their service in World War II, Korea, and Vietnam. My uncles would return the favor and tell me stories about what my dad did in Korea. In my house growing up, we watched the television news every night; so I grew up with history as it happened, like Vietnam, the moon landings, and the assassinations of RFK and Martin Luther King. When we took those road trip vacations in the '60s we always went to several historic sites. I remember sitting in the back seat as we drove into Fort Sumner and my dad announcing "this is where Billy the Kid was killed" and proceeded to tell the story all over again.

Now the particulars: I was born in Fort Worth, Texas but raised in the California desert. After earning a Bachelor's degree at Cal State Fresno, I served for ten years in the United States Army as a commissioned officer and helicopter pilot. That service included patrolling the East German Border with the 11th Armored Cavalry during the Cold War, working as a scout helicopter instructor pilot at Fort Rucker, Alabama, and serving as a full-time operations officer and company commander for the California National Guard at the Armed Forces Reserve Center in Los Alamitos.

After I left the service, my wife Sheila and I owned and operated a successful computer consulting business in the Seattle area for about twenty years. When we were able, we went walkabout. That included getting my Masters degree in Applied History at Shippensburg University in Pennsylvania. In 2011 I completed a life-long goal of becoming a writer of history when I published my first book, "The Boldest Plan is the Best: The Combat History of the 509th Parachute Infantry Battalion during WWII." I'm currently working on a companion to that book, a history of the 503rd Parachute Infantry Regiment in the Pacific Theater. Today I stay pretty busy teaching social studies for an alternative education high school in a small rural town in central California. 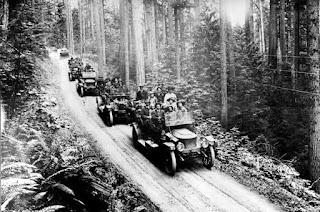 My interests are in American Military History and Western Frontier History. But this blog is called "The Roving Historian" for a reason. We like to travel to different places and learn about different subjects at different times so you just never know what you are going to find. I hope you'll check back often, or "like" our page on Facebook for a notice of when we post a new article.

Jim, I'm looking into Shippensburg's Applied History MA and was wondering what you thought of the program?
Thanks, Phil

Hi Phil,
I think the program is the best. Challenging classes and excellent professors. Yet the department is small enough to have a real sense of community. I highly recommend it. Good luck!
Jim

Thanks, I appreciate your insight. Phil

My dad was Seldon D Harvey, an original member of the 509. He jumped in North Africa during Operation Torch. He also jumped at Avellino and Anzio. He passed away as a Lt. Col. in 2000.