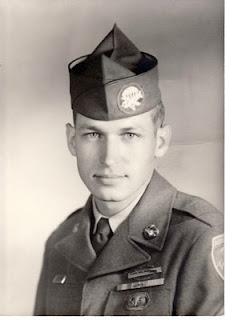 A topic that often comes up in family history and genealogy is how to research an ancestor's military service. I have said several times in this blog over the past few years that I believe we can best honor our veterans by simply educating ourselves about what their experiences and sacrifices were. As a result of this blog I have been contacted multiple times for help in how to research. Therefore I thought I would  put my thoughts down on how to go about this. It is a fairly subjective process, and if anyone has any other advice I would like to hear from you.

I am operating under the assumption that this relative has passed away. If they are still living, then do not waste any time. Interview your relatives, gather documents they might have in their possession, and note on photographs the who, what, when, and where. I am an advocate of knowing a good bit about the campaigns that the subject participated in before you interview. This way you will be able to ask leading questions and fill in the gaps in memory; so a few of these steps might still be applicable if your veteran is still living.

Step One – Talk to your relatives.

Interview surviving spouse, brothers and sisters, children, or even a caregiver of the subject of your research. Are there any letters written during your ancestor’s military service that found their way into a cousin’s attic? A journal would of course be not only a treasure for you, but perhaps a find of historical significance. Ask your relatives if they have any documents or photographs that you can have or make copies of. Find out if they have any stories that the veteran shared with them. Sometimes stories from the home front can be equally as fascinating as those of your ancestor’s military service. 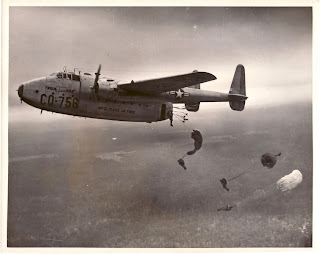 Veterans Service Records are maintained by the National Archives and Records Administration (NARA). You can order copies of your relative’s military service records online, free for next-of-kin, from NARA at www.archives.gov/veterans/. You’ll need the veteran’s service number or social security number. Some records were destroyed in a fire in 1973, and some records are just not complete for whatever reason, so this won’t be a sure thing. I requested records for my father and two uncles. Two were fairly complete and one only contained a form that confirmed dates of service. So I wish you luck on this.

The main document you are looking for in the first two steps is the form DD-214 Report of Separation. If you really hit the jackpot with your NARA request, you will receive either a full or partial Official Military Personnel File. However, the DD-214 should do the trick. This form will tell you what units the veteran was assigned to and what dates. It will include a list of awards and decorations, what military schools they attended and more. 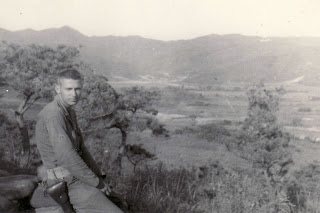 If you want to know what your ancestor experienced research the war, the campaigns, and the battles his/her unit participated in. The DD-214 will tell you what unit your veteran belonged to and on what dates. My first read would be a general history of the campaign, and then move to a unit history if one is available. For example, if your ancestor is a veteran of the 509th PIB from WWII, then I would start with the campaigns they were involved in, in order to understand the bigger picture. You might read Rick Atkinson’s Liberation Trilogy (my personal favorites): “An Army at Dawn” about North Africa, “The Day of Battle” about Sicily and Italy, and the soon to be released “The Guns at Last Light” about the fight to liberate Western Europe. Once you have a general understanding of the conflict, you can “drill down” to a more specific history and obtain a unit history like “The Boldest Plan is the Best: The Combat History of the 509th Parachute Infantry Battalion during WWII.” 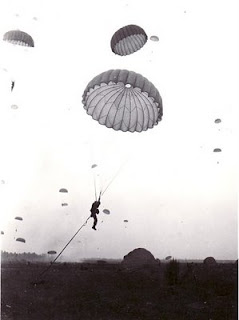 My father is a veteran of the Korean War. I started with several histories of the conflict like “The Coldest Winter” by David Halberstam. He was assigned to the 187th Airborne Regimental Combat Team, so I obtained a copy of “The Rakkasans: The Combat History of the 187th Airborne Infantry” by Edward Flanagan. However, he told me when I interviewed him, and his DD-214 confirmed this, that his first assignment off of the troop ship in Pusan was as a replacement to the 279th Infantry Regiment, 45th Infantry Division, then on the line in Korea. (Later, airborne qualified soldiers were called upon to transfer to the 187th RCT reconstituting in Japan.) I could not find any books about the 279th Infantry on Amazon (I wanted to own one, not borrow from the library) so I looked up the 45th Infantry Division Museum online. I got lucky, in that their museum store online sold a self-published book on the 279th Infantry during the Korean War called “Movin’ On in the Korean Stalemate: The 279th Infantry Regiment, 1950-1954” by Brad Agnew. I did not find my dad’s name mentioned in either book, but I know the experiences of his unit during the time he was assigned.

If no one has written a unit history for your veteran’s unit during the time he/she served, then you will have to go to primary documents. Military units keep records at the battalion level and above. These are documents like operations orders, combat journals (called war diaries), records of personnel and supply, as well as after action reports and more. Those records are housed at the National Archives at College Park, Maryland (Washington, D.C. area). Other documents and photographs for army veterans can be found at the United States Army Center for Military History, and The United State Army Heritage and Education Center, as well as libraries and archives across the country. There are similar archival repositories that focus their collections specifically on the United States Navy, Marine Corps, or Air Force. A simple Internet search will list them for you. Who knows? Perhaps you will be inspired to write the first history of your relative’s unit. 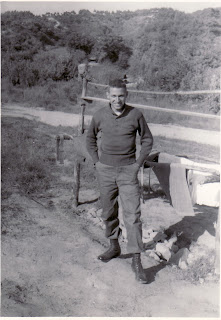 Finally, you might turn to the Internet and social media like Facebook to locate veteran’s organizations for your relative’s unit. I have never known one of these organizations that did not want to help inform the public and honor their member’s service. The organization can help you find sources for research. If the veterans of the particular era are still living, you might obtain a mailing list of members you could correspond with, or chat with members on a forum or in a Facebook Group. You might even find a veteran that knew your relative and is open to sharing some stories with you.

I hope this process sounds simple, because I think it is. But that’s not to say that it is easy. Researching and self-educating takes time, and occasionally a bit of hard work and travel. You are doing a valuable and honorable thing. I wish you good luck on your research project and I hope you will share your success.

All pictures courtesy of Bobby R. Broumley, my dad. Please do not reproduce. ;-)

My father was in 503d PIR and in all the jumps mentioned in the Pacific.

Thank you for sharing.